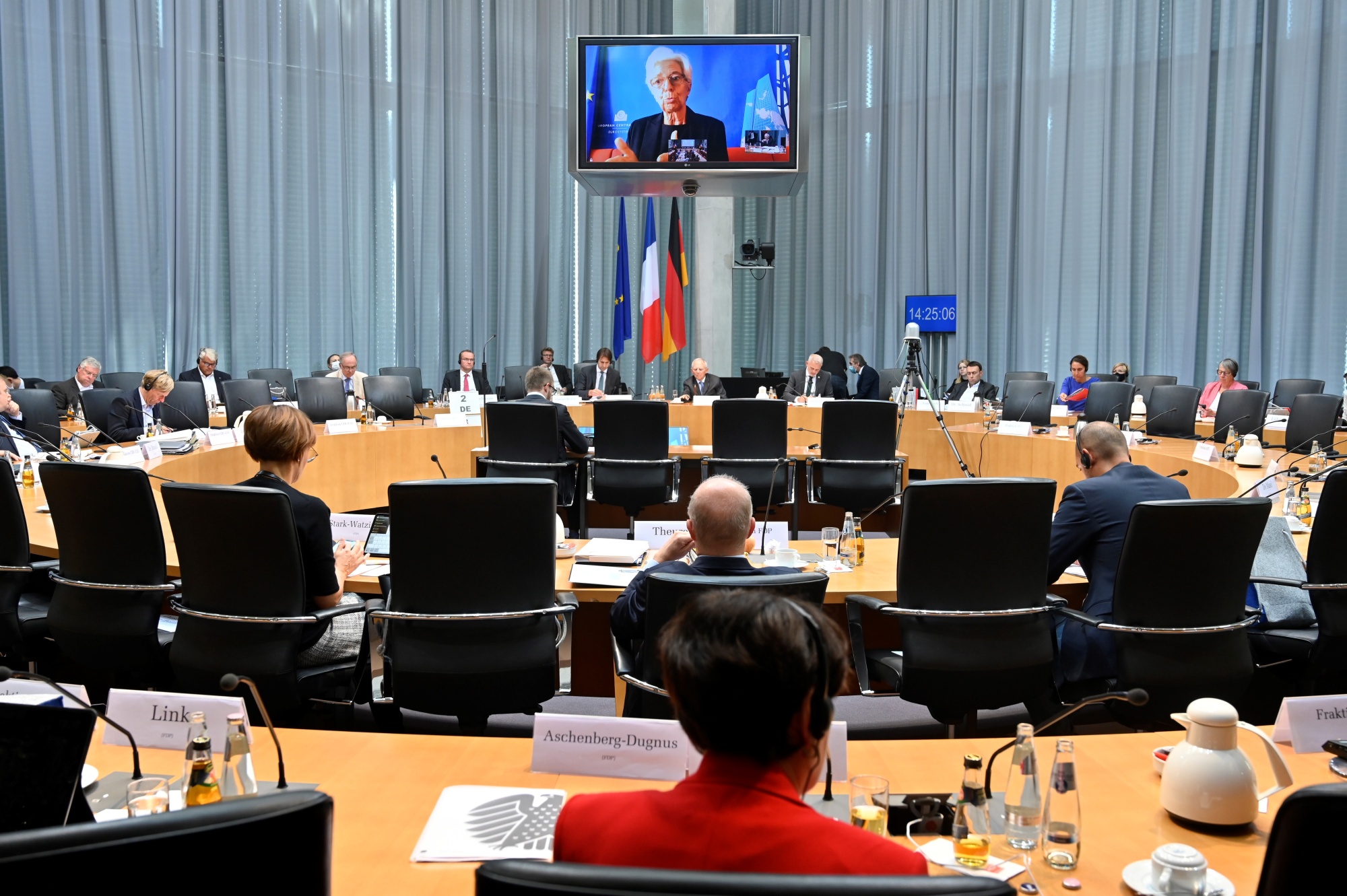 Christine Lagarde said the European Central Bank has room to add stimulus and can adapt its already expansive toolkit if the economy needs more help. Speaking through a video link from Frankfurt, she said while the third quarter will see a rebound, the recovery from the coronavirus recession is still “uneven and incomplete.” The ECB is paying close attention to the euro’s appreciation and its knock-on effect on inflation.

As reported by the Bloomberg Agency, Lagarde said she’s “not at all aligned with this idea of the exhaustion of the toolbox.” “We clearly showed that when the economic situation demanded, we were capable of finding the necessary responses,” she told a joint session of the French and German parliaments on Monday.

“And we will continue to use the monetary policy instruments; either those that exist now by calibrating them to the right level, either by imagining other mechanisms that will allow us to respond», she said. The remarks come as economists expect the ECB to expand its emergency 1.35 trillion-euro ($1.58 trillion) bond-buying program this year to bolster the rebound and revive inflation.

Earlier on Monday, Germany’s Bundesbank said it expects the recovery in Europe’s largest economy to continue at slower pace during the rest of the year. ECB policy makers have in recent days sought to stress their readiness to support the euro area, a call Lagarde echoed in her latest comments. “Has the ECB fired its last cartridges? No, not at all, not at all,” she said. “We can find answers to help economies.”

Fielding questions on issues including climate change to digital euro and debt cancellation, Lagarde said the ECB’s stimulus, “stabilized markets, protected the supply of credit and supported the recovery,” which should help bring inflation back to its target of just under 2%. The ECB has a long way to go to lift inflation. Consumer prices fell 0.2% in August from a year earlier, and the central bank sees the rate averaging just 1% next year and 1.3% in 2022.

The euro’s recent appreciation to the strongest level in more than two years has emerged as a factor weighing on inflation. This puts policy makers in an awkward position — ECB Vice President Luis de Guindos said in an interview on Sunday that while the institution is monitoring the currency, “it would be suicidal to enter into any sort of dispute about exchange rates.”

Lagarde repeated that the central bank is not targeting the euro’s level, but its appreciation is an issue for policy. “So we are of course playing very close attention to this strengthening of the euro,” she said. “We take it into account in the determination of our monetary policy and it’s via prices of course, via inflation, that we take it into account to define this monetary policy.”