Oil dips in wake of renewed concerns over virus surge 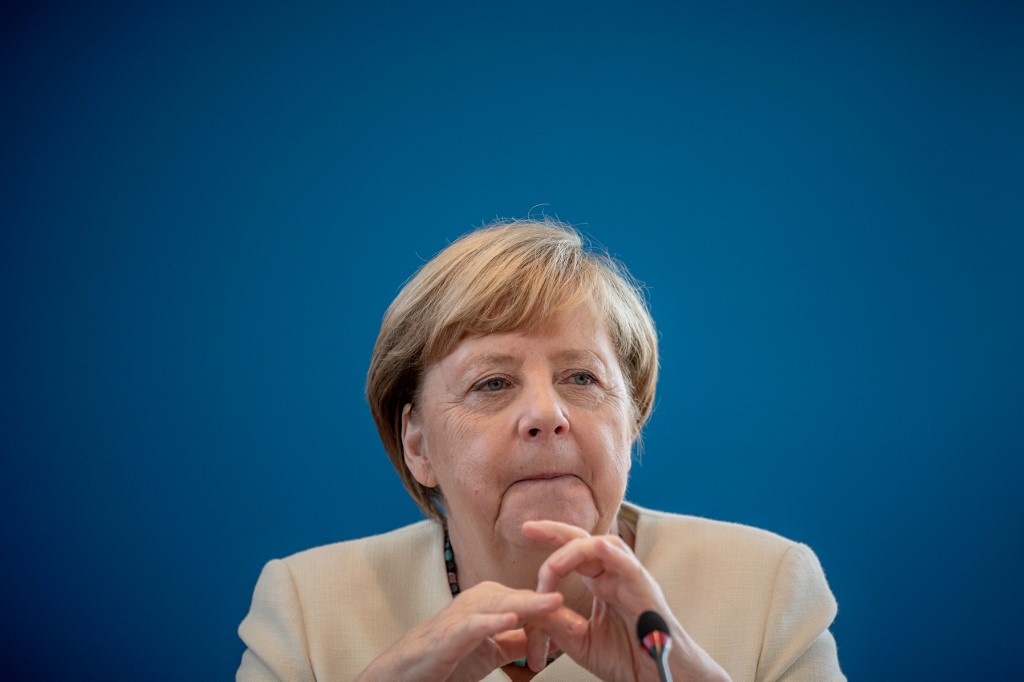 When Berlin broke with its frugal tradition and opened the spending taps this year, a senior official in the German Economy Ministry was flabbergasted that the European Commission griped instead of showing gratitude.

As reported by Bloomberg, for years Germany was reprimanded by the commission — the European Union’s powerful executive arm — as well as the U.S. and the IMF for what’s been called a “fetish” for balancing its budget. Now that it had unleashed 1.2 trillion euros ($1.4 trillion), EU competition chief Margrethe Vestager complained it would give German companies an unfair edge.

So Germany decided to assert itself. Rather than air displeasure in public, officials mounted a forceful lobbying operation behind the scenes in defense of spending plans, according to a senior figure familiar with the discussions, who spoke on condition of anonymity. It worked.

“Everybody has been asking Germany to spend more and now Germany is spending,” Vestager said at an event in Berlin Sept. 7. “So I think we should make the best of it.”

It’s a telling example of how Germany has become far more explicit, and unapologetic about calling the shots in Europe. It’s on display in its tightening of foreign-investment rules, its efforts to coordinate the response to an increasingly powerful China, and its willingness to challenge Russia over the poisoning of opposition leader Alexey Navalny.

“The world has changed,” says Andreas Laemmel, leader for economic affairs of Chancellor Angela Merkel’s ruling bloc in parliament. “If we continue as in the past, then Europe will become just an industrial museum.”

Partly it’s a generational shift. Leaders who grew up in the shadow of World War II were content to confine Germany’s place on the world stage to the economic sphere but they are giving way to those who read about the Nazis in the history books: Merkel is the first chancellor born after the war. Enough time has passed that German strength is no longer a frightening proposition.

And partly it’s a recognition that Germany has no choice but to step up to the plate with Europe caught in the middle of a growing conflict between the world’s two superpowers.

Under Donald Trump, the U.S. has become an unpredictable and even hostile ally, while Xi Jinping praises multilateralism as China becomes increasingly bold in its forays in international relations.

Merkel had intended to make a summit with China the centerpiece of Germany’s EU presidency that runs through the end of this year, but coronavirus wrecked that plan. Instead, Merkel and Xi will hold a video conference on Monday along with senior EU officials.

In a Sept. 10 interview, Finance Minister Olaf Scholz acknowledged the current landscape means Germany has to take on “more responsibilities,” which means maneuvering the Brussels machine especially with Brexit still a live issue.

German officials worry that Vestager and her colleagues are locked in a mindset focused on rules drawn up for a different era, according to lawmakers from both Merkel’s Christian Democrats and the liberal opposition group.

That way of thinking puts too much emphasis on the risk of internal tensions between EU states and underestimates the external threats, the lawmakers said. To confront those perils, the EU needs to do a better job of combining the economic power of its governments and its companies, the Germans have concluded.

If the Germans get their way, it could trigger a wave of corporate alliances in sectors from telecoms to banking or defense. They are already funneling billions of euros toward new industries like batteries and cloud computing.

“To the outside world, it must be astonishing to see how inward-looking Europe is,” said Matthias Heider, the Christian Democrat deputy chair of the Bundestag economics committee. “Europe needs to focus more of its attention outside of our borders and come up with answers to the increasing challenge posed by China’s growing economic strength.”

The post-war chancellor, Konrad Adenauer, handed the French a say in his industrial policy when he laid the foundations for what would become the EU. A generation later, Helmut Kohl’s memories of his wartime childhood helped persuade him to give up the treasured Deutsche Mark to forge a single European currency.

When Germany did wield its influence in those days, it was focused on setting rules to constrain national governments. Kohl’s officials thrashed out the EU competition regime that Vestager now oversees in the late 1980s and fought to ensure it allowed no room for French-style interventionism.

The seeds of the shift were sown in August 2016, when German officials felt obliged by EU rules to let China’s Midea group buy the robot maker Kuka. At the time, a senior German official involved in looking at ways to try to block the deal said he thought the Chinese were taking advantage of Europe’s liberal regime to snap up critical technology.

Now the alliance between Germany and France is driving wholesale changes to the way Europe’s economy is run.

Altmaier even tried to foster a tie up between Finland’s Nokia Oyj and Ericsson AB of Sweden last year to counter China’s Huawei Technology Co., one official familiar with the discussion said, although the plan met with little enthusiasm from the companies — spokespeople for both declined to comment.

“The EU has to define its own interests, has to be strong and independent — from both China and the U.S.,” Le Maire told a German newspaper in comments published Sunday. “This is crucial to be successful in the 21st century.”

The next plank of their strategy is to target the competition rules, the touchstone of the single market. The Germans aim to make progress toward bringing down the barriers to would-be European champions by the beginning of next year.