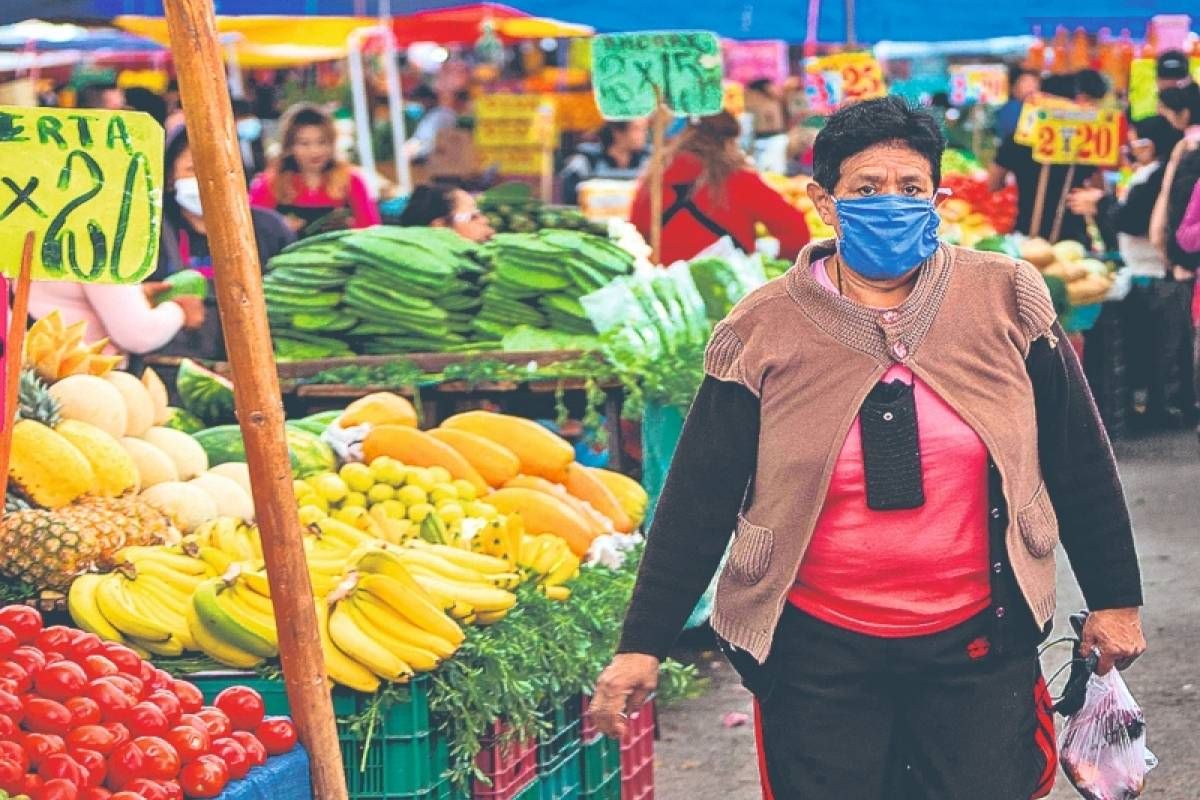 Nowhere in Latin America has inflation accelerated so much since the pandemic hit as in Mexico, where supply chain problems and a weaker currency are offsetting the price impact of plunging consumption.

Mexico’s consumer prices rose 4.05% in August from a year ago, nearly twice as much as the 2.15% rate recorded in April and above the upper limit of the central bank’s target for the first time in 15 months. By contrast, inflation has been contained at 2.4% in Brazil and is slowing in most of the region — even in Argentina, where it remains close to 40% a year.

Mexico’s persistent inflation is all the more shocking as it comes amid the devastating impact from the coronavirus, which is expected to cause Latin America’s second-largest economy to shrink about 10% this year. Factors including shortages of some goods and market concentration are keeping prices under pressure, limiting room for future easing after the central bank cut interest rates to a four-year low, said Carlos Capistran, an economist at Bank of America.

“In Mexico the negative supply shock from Covid is dominating the negative demand shock and inflation keeps increasing,” Capistran said. “Although these are mostly changes in relative prices, inflation expectations are at risk and with core inflation already above 4%, the central bank has very limited room to keep cutting.”

Mexico’s central bank has cut borrowing costs by a half-point in each of its past five meetings. But for the first time last month, one of the five board members voted for just a quarter-point cut, suggesting policy makers may slow or even stop the easing cycle within the next few meetings, the first of which is scheduled for Sept. 24.

In August, Mexico’s energy prices rose 0.31% from a month earlier, while costs of food and beverages climbed 0.32% during the same period while fruits and vegetables jumped 2.97%. Core prices rose 0.32% from the previous month compared to a 0.28% increase forecast in a Bloomberg survey Inflation data has been gathered virtually since April, as the country is under partial lockdown due to the pandemic.

Brazil’s consumer prices in August were also pressured by a jump in food and beverage costs, though its annual inflation stood below the 2.5% floor to its central bank’s target range. Subdued cost of living increases give policy makers room to hold borrowing costs at a record low of 2%.

Meanwhile, Chile’s annual inflation ticked down in August despite a consumption boost from the roll-back of some virus quarantines and a new bill allowing early pension withdrawals. To be sure, the severity of Mexico’s recession may dampen inflation going forward and the country’s currency has been relatively stable after a sharp March sell-off.

All things considered, the door is open in Mexico for a final rate cut of 25 basis points this month, according to Marco Oviedo, chief economist for Latin America at Barclays Capital Inc. Still, Wednesday’s inflation reading “confirms our view that supply shocks continue to be more relevant and risks to inflation are on the upside,” he said.