The virus is putting britain’s next industrial revolution on ice 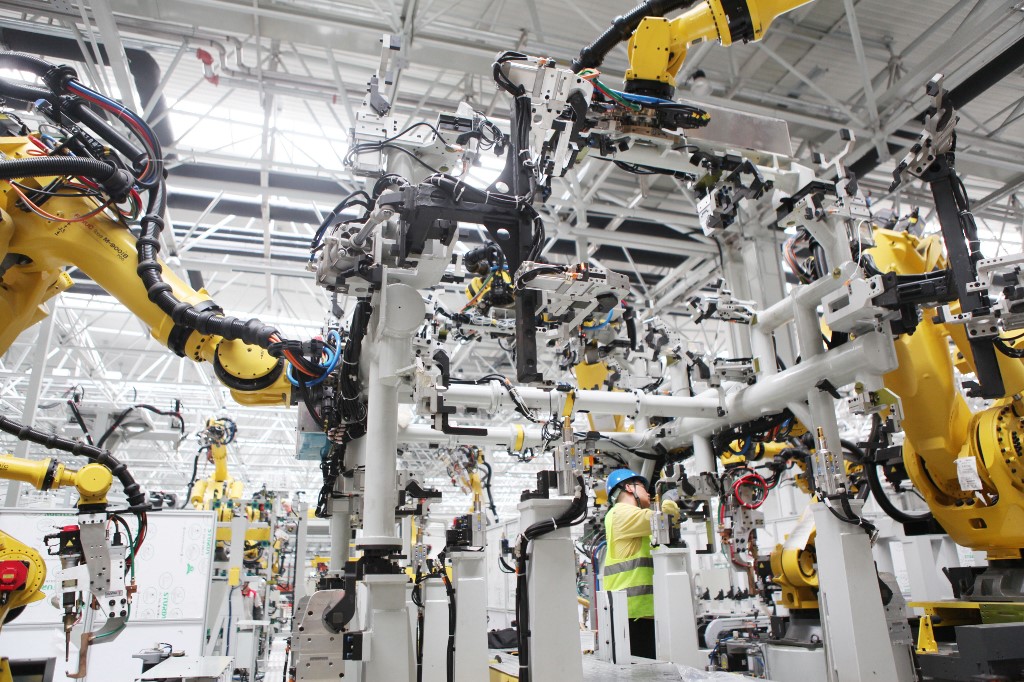 The global shift toward robotics and artificial intelligence across advanced economies is currently in a go-slow phase in the U.K. – where both Covid-19 and Brexit have hampered progress. According to a report by British lawmakers, Britain has long been a somewhat slow movement in the so-called «fourth industrial revolution» harnessing the potential of robots and artificial intelligence.

The advent of automation and robotics has long been a specter hanging over labor markets that could displace as much as 50% of the global workforce, Bank of England Chief Economist Andy Haldane said in 2018.  Bloomberg carried out an analysis on the technological advancement in Great Britain and the current situation in a context of pandemic.

The pandemic will probably accelerate the shift to automation technology. That threatens to harm Britain’s competitiveness against rival economies which are already retooling more aggressively to be more productive. It could also mean greater long-term pain in the U.K. labor market, delaying the inevitable adjustment for workers who need to retrain as jobs in industries from manufacturing to retail become obsolete.

“Eventually, businesses will have to automate because it is just cheaper and better — better for employees as well,” said Tera Allas, director of research and economics at McKinsey. “In sectors that are competitive, either we automate them and we continue to be competitive, or someone else automates them and we ship in those goods from some other country.”

In manufacturing, for example, the U.K. has just 89 robots per 10,000 workers, compared to over 900 in Singapore, according to the International Federation of Robotics. That’s the lowest level of any major economy.

The U.K. has the lowest robot density among leading economies. One reason for that is subdued investment provoked by Brexit uncertainty and the redefining of Britain’s trading relationship with the European Union.

The transition in place when the U.K. did finally leave the EU in January provided some encouragement — with spending intentions on plants and machinery rising to a two-year high, according to a Confederation of British Industry survey. Robot orders reached the highest since 2012, another study showed.

But then Covid struck. Business investment plunged more than 30% as a nationwide lockdown shuttered firms, kept employees out of workplaces and broke international supply chains.

Since then, the virus has created a new incentive for businesses to shift away from human employment, and find more reliable workers and processes that can’t succumb to illness.

But that has yet to translate into new orders for Brian Palmer, the chief executive officer of Tharsus. His company creates and commercializes robots for clients such as online grocery giant Ocado Group Plc and jet-engine maker Rolls Royce Holdings Plc.

“People are still trying to figure out what this new normal looks like,” he said. “There’s more interest, but is there investment and action? Not yet.”

Such news might come as a faint relief for millions of U.K. employees already facing the threat of layoffs as government wage support winds down.That respite may not last forever. In a survey of European business leaders by EY, more than 80% said the shift to automation technology will probably accelerate because of the pandemic.

Guildhawk, a company which provides translation and content management systems for companies like KPMG and Hitachi, is confident that Britain’s fourth industrial revolution won’t stay on hold for long. The company has unveiled two new products since the coronavirus struck — including one which automates the process of checking and correcting large volumes of translated text.

“Now we can see what technology can do for us, people are really pushing forward,” said founder Jurga Zilinskiene. “Instead of looking at tech as some kind of monster to take away your job, now the tech is the hero.” Still, the risk if businesses don’t respond to the shifting landscape is that the U.K. will lag further behind peers when it comes sowing the seeds of future growth by adopting technology to boost poor productivity.

That could not only delay the labor market’s adjustment to the new reality, but also curtail work prospects for future generations of employees. “The U.K. have missed the opportunities to invest in automation over a long time,” said Susanne Bieller, general secretary of the IFR. “If you don’t use robots, why would you create the skills around them?”