Trump and Biden clash on best route to recovery for U.S. economy 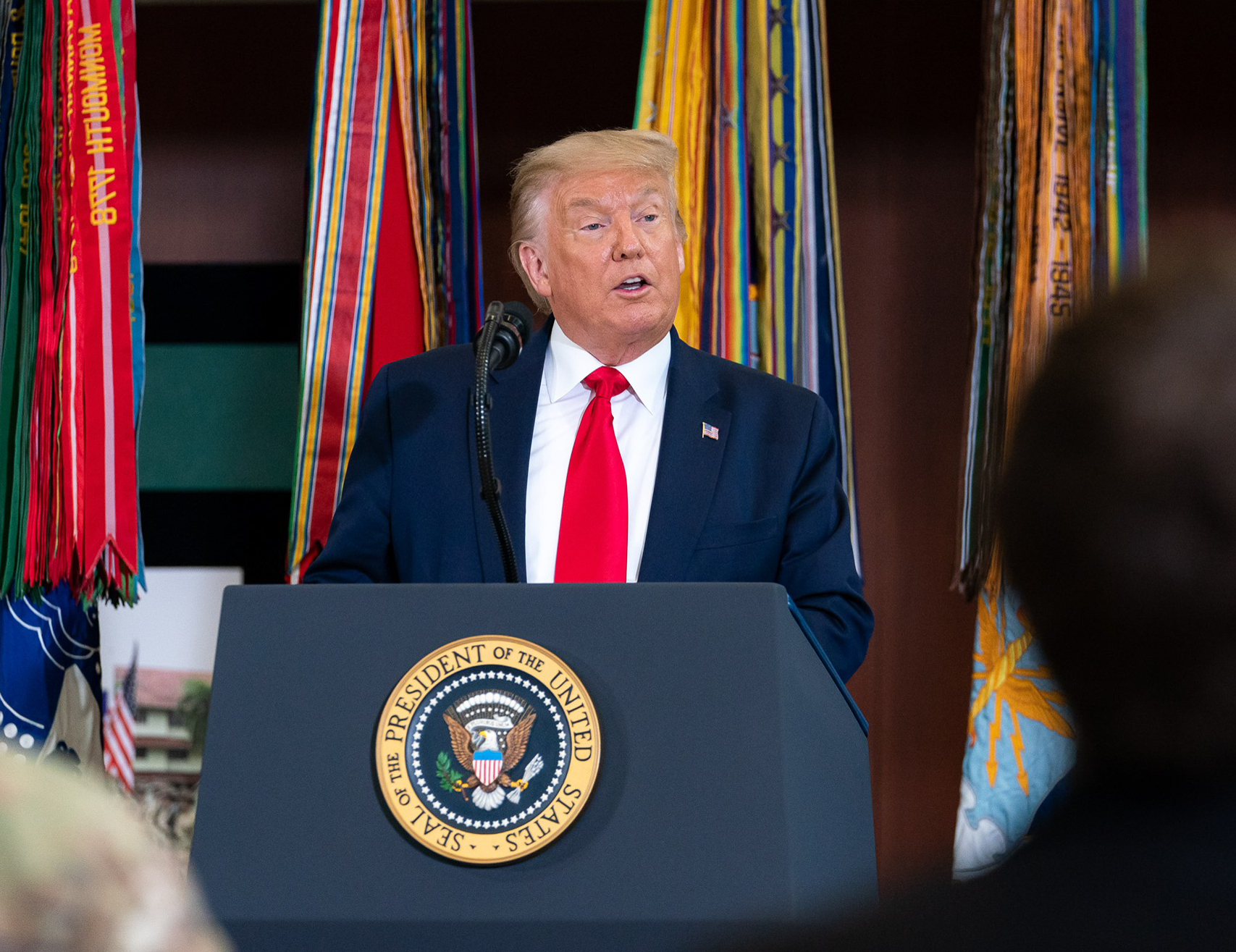 America’s presidential election is entering its closing stretch with the economy still stuck in a pandemic slump, and the candidates locked in a tight battle over the best way to pull it out. The economy looked like a winner for President Donald Trump through most of his first term, with strong growth and unemployment declining. During the first months of the coronavirus recession, he maintained a polling lead on the issue. But lately there are signs that Democratic challenger Joe Biden is catching up.

Accordin to Bloomberg, some of the policy gaps between the candidates are age-old: The Republican says he’ll cut taxes and red tape, while the Democrat promises to spend more. Others reflect contrasting approaches to new challenges like climate change and competition with China. And on a handful of issues, they broadly agree.

There’s also been a big difference in presentation, with a slew of detailed policy proposals emerging from the Biden campaign, while Trump prefers to list promises in terse bullet-points.

Whoever wins has a better-than-usual chance of actually implementing their proposals, because the pandemic has blown away old budget restraints, according to Mark Zandi, chief economist at Moody’s Analytics. “There’s a real good chance that a lot of them may become law.”

Here’s how the two candidates’ economic ideas stack up in some key areas.

The pandemic upended the nation’s longest economic expansion on record. In March and April alone, employers shed more than 22 million people from payrolls. The U.S. has recovered millions of jobs, but remains about 11.5 million short of pre-pandemic levels.

Trump has promised to create 10 million new jobs in 10 months, though both details and the precise time frame are fuzzy.

“Rebuilding those jobs is going to require new business formations or significant expansion by existing businesses, and that is just a process that takes time,” Markowska said.

Biden has promised to grow U.S. employment beyond pre-pandemic levels with a series of new government programs he calls “Build Back Better.” They include $400 billion for manufacturing and $300 billion for research and development, which Biden says could create 5 million jobs on top of those lost to the coronavirus outbreak.

He has not attached a timeframe to his plan, though he would face pressure to achieve it by the end of his first term.

Fiscal policy may be the sharpest distinction between the candidates’ economic platforms. Trump has said he wants to build on tax cuts passed in his first term, while Biden has pledged to at least partly reverse them.

The president says he’ll make the 2017 reductions to income and corporate taxes permanent (they’re currently due to expire in 2025), and his team has hinted at a “Tax Cuts 2.0” without giving much detail. Economic adviser Larry Kudlow has suggested there could be a reduction for the “middle class,” achieved by lowering the 22% marginal rate of income tax to 15%.

Trump deferred payroll taxes by executive order during the pandemic and says he’ll get Congress to turn that into a permanent write-off if re-elected.

Biden says he’ll undo half of Trump’s corporate tax cut by lifting the rate to 28% from 21%. He’s also told the wealthiest Americans that they should expect to pay more. Tax rates on income above $400,000 would edge up to 39.6% from 37%.

The former vice president would also eliminate tax breaks for capital gains and dividends, and he plans to charge payroll taxes on incomes above $400,000 (they currently only apply below $137,700).

On the outlays side of the budget, Trump — who funneled more cash to the Pentagon during his first term — has hinted he might look to slash spending in a second term, but has also promised to increase federal funding for law enforcement and infrastructure.

Biden’s promises include $2 trillion for a clean-energy overhaul and about $1.5 trillion split between support for care for children and the elderly and for manufacturing.

The coronavirus recession hit service industries especially hard -– and highlighted the U.S. economy’s growing dependence on them, after the disappearance of manufacturing jobs since the 1990s. Both candidates have plans to bring the factories back – and both feature “Made in America” tax credits to encourage domestic investment.

Trump’s team has floated the idea of halving the corporate rate to 10.5% for firms that relocate to the U.S. The president is also proposing measures specifically tailored to companies repatriating jobs from China, as well as a 100% expensing deduction in crucial industries like pharmaceuticals and robotics.

Biden would offer a 10% tax credit for companies that reopen or renovate idled factories, or retool them to make priority goods like electric cars. The measure would also apply in industries where the U.S. competes with government-subsidized Chinese manufacturers, and would help cover relocation costs for companies that bring operations home.

In addition to carrots, both candidates plan to use sticks to reverse the outsourcing of production by U.S. companies to lower-wage countries like China, Vietnam and Mexico.

Trump has said he would prohibit federal contracts for companies that outsource to China, and impose tariffs on those that “desert America.”

Biden plans to impose a surcharge on profits made by U.S. firms that manufacture products overseas and sell them at home: they would pay a corporate tax rate of 30.8%. He’d also phase out deductions and expensing write-offs for businesses that move overseas, and impose a 21% minimum tax on all foreign earnings.

Both Trump and Biden have identified the energy industry as a key sector for job creation. But their approaches couldn’t be more different.

Trump has said he will “continue to unleash American energy” by cutting more regulations – a follow-up to first-term policies that included approval of the Keystone XL pipeline and expansion of natural-gas export approval. He’s tried to paint Biden as an extreme environmentalist who would destroy energy-sector and automaking jobs.

Biden says his plan for $2 trillion in clean-energy projects would create at least 10 million jobs –- including some in the auto industry, driven by a shift to electric cars. He’d also set up a “civilian climate corps” modeled on work-relief programs during the Great Depression.

The Democratic contender acknowledges that some existing energy jobs, such as those at coal mines and power plants that rely on the fossil fuel, would disappear -– and he’s pledged training and other support for the displaced workers.