U.S. Job gains seen hanging on in August with tougher road ahead 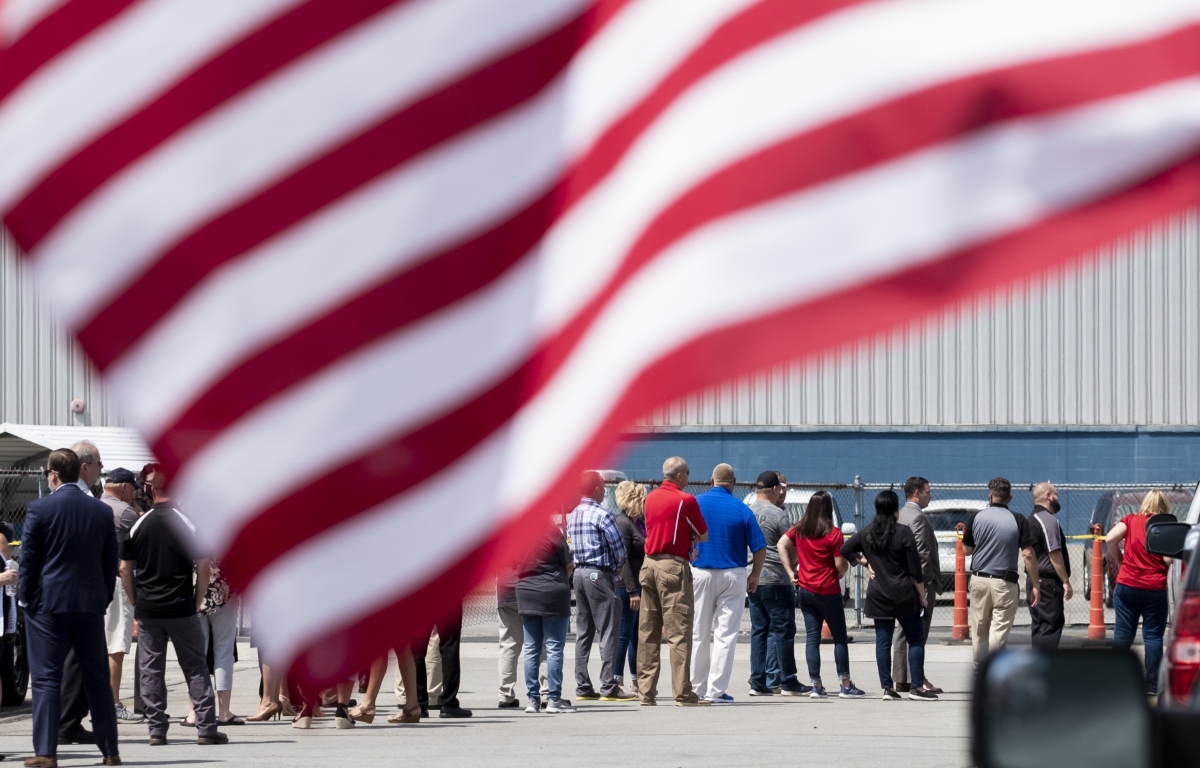 The battered U.S. labor market probably saw a fourth month of improvement in August, but chances of further outsize gains are diminishing without the widespread stimulus payments and small-business aid that have sustained incomes and spending. This was reported by Bloomberg.

Economists project Friday’s jobs report will show the unemployment rate dropped below 10% for the first time since March, with employers adding 1.35 million people to payrolls, a figure boosted by the Census Bureau’s hiring of about 240,000 temporary workers to help conduct a decennial count that’s been delayed by the pandemic.

August’s gains likely reflect additional rehiring from businesses that have reopened as the pandemic’s surge eased, while the expiration of supplemental unemployment benefits in July may have motivated some Americans to look for jobs.

At the same time, the improvement marks a further moderation from prior months and would still leave payrolls more than 11 million short of pre-pandemic levels, with the jobless rate almost three times as high and weekly figures showing as many as 27 million Americans claiming jobless benefits. In fact, people looking for work may be increasingly discouraged by a distressed market, limiting job gains, according to Bank of America economist Alexander Lin.

Moreover, the cuts to stimulus are seen as having a broader effect of limiting spending that supports jobs and the economy. About one in 20 small firms say they expect to permanently shut down in the next six months, according to the latest Small Business Pulse Survey by the Census Bureau.

Lawmakers are at an impasse over stimulus negotiations, and that could mean further job losses as businesses close for good, with payrolls at risk of shrinking as soon as September. It could make Donald Trump’s road to re-election even tougher, with the president already trailing challenger Joe Biden in polls.

“The longer we go along without some sort of stimulus the higher the risk that we get a slowdown in terms of any job gains and could actually even go into reverse,” said Justin Weidner, an economist at Deutsche Bank AG. “It’s completely possible that that happens in September.”

A slew of layoff announcements by major companies including MGM Resorts International, Coca-Cola Co. and United Airlines Holdings Inc. also implies weakness in the coming months. In recent weeks, global corporations have announced more than 200,000 job cuts or buyouts, according to data compiled by Bloomberg, suggesting that furloughs implemented early in the pandemic are becoming permanent.

U.S. unemployment-claims figures on Thursday gave a mixed picture of the labor market amid government changes to seasonal adjustments to account for distortions from the pandemic, while an Institute for Supply Management survey showed jobs in service industries falling at a slower pace in August. Payroll-services provider Automatic Data Processing Inc. said Wednesday that private U.S. firms added 428,000 jobs in August, less than half of what economists had forecast.

Any gains in August are likely to be partially offset by declines in education jobs as many schools remain virtual, which means fewer bus drivers, cafeteria workers and teachers are needed, according to Bloomberg Economics. Some parents may leave the workforce altogether to manage child care.

Also, the Census jobs added in August are temporary, with data collection scheduled to end on Sept. 30, meaning that October will show a decline in government employment.

“It will be important to focus on private payrolls to make sure Census workers aren’t obscuring the underlying trends,” said Daniel Zhao, senior economist at jobs website Glassdoor.

One bright spot for the labor market might be construction, as low borrowing costs and demand for more space prop up the housing market.

“We’ve seen some pretty strong data out of the housing sector and we think that will lead to pretty steady hiring in August,” said Lydia Boussour, senior economist at Oxford Economics.

Ultimately, the labor-market trend depends on whether America can get a better grip on Covid-19 infections that still number in the hundreds of thousands each week, even if the pace has eased from July.

If furloughed workers get rehired as businesses reopen, that will prop up payroll gains, but those reopenings depend on control of the coronavirus, Glassdoor’s Zhao said.

“The virus still controls the trajectory of the economic recovery,” Zhao said. “If things worsen in the fall as schools reopen, then it’s entirely possible that we can see a worsening of economic conditions in the fall and in the winter.”