Macron says EU can’t go back to relying on U.S. under Biden 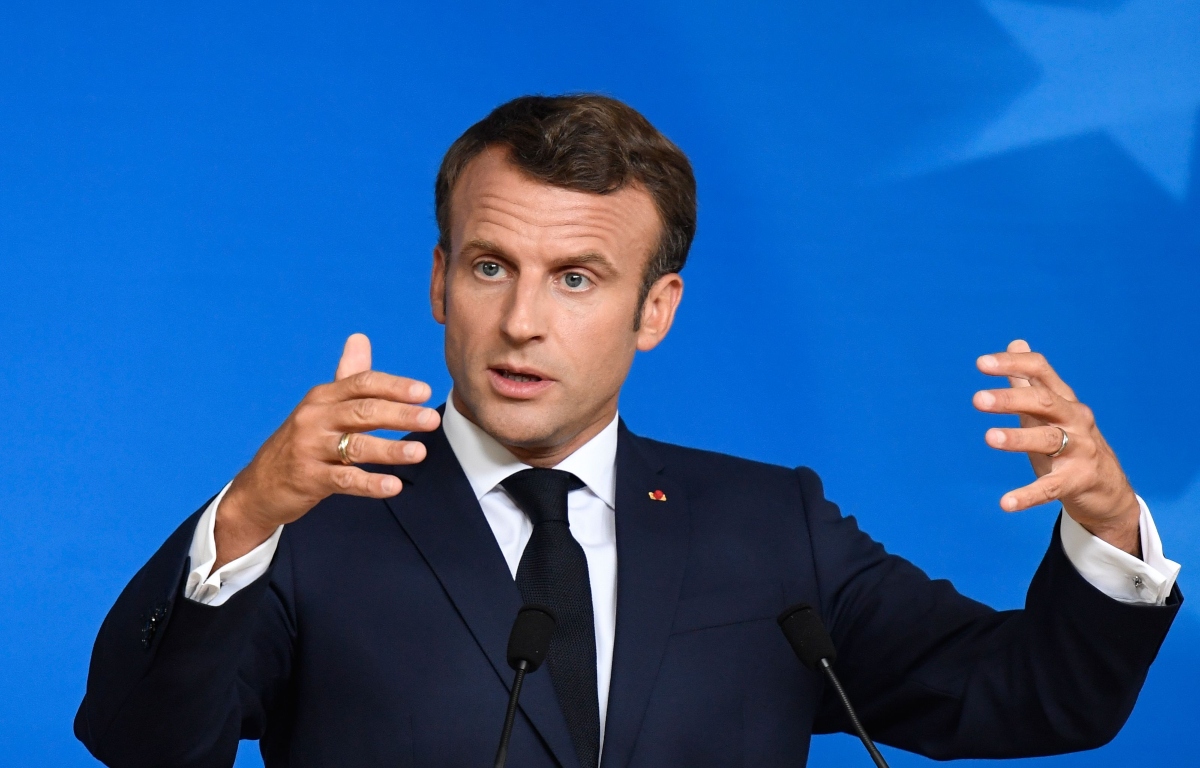 French President Emmanuel Macron said the European Union must push on with its efforts to develop the capacity to act independently in technology, international finance and defense, even after President-elect Joe Biden takes over in the U.S. In an interview with Le Grand Continent, a Paris-based policy journal, Macron said that EU leaders mustn’t let the defeat of Donald Trump persuade them that they can return to relying on the U.S. to underwrite European security and to defend the bloc’s interests.

“The United States will only respect us as allies if we are earnest, and if we are sovereign with respect to our defence,” Macron said. “We need to continue to build our independence for ourselves.” As examples of EU vulnerabilities, Macron pointed to recent developments in cloud computing services that could leave European data subject to U.S. law and the tensions over the Iran nuclear accord, in which the Trump administration had leverage over the Europeans because of the dollar’s status as a global reserve currency, reported Bloomberg.

He also attacked German Defense Minister Annegret Kramp-Karrenbauer who earlier this month that it’s an “illusion” to think the EU can replace the U.S.’s role in upholding security on the continent. “That it is a historical misinterpretation,” he said. “Fortunately, if I understood things correctly, the chancellor does not share this point of view” — a reference to German leader Angela Merkel

The French leader has been pushing hard for Europe to build up its defense capacity and a more independent foreign policy, rather than rely on the U.S. and the North Atlantic Treaty Organization alone. He has found traction for that project in Germany, among other countries.

Macron in the interview said reliance on NATO had caused Europe to turn a blind eye to geopolitical strategy. He was echoing comments he made last year that roiled European allies, when he said the U.S.-dominated organization is suffering “brain death.” His comments caused particular alarm in eastern European countries that used to be part of the Soviet bloc and the president has since traveled to the Baltic to reassure leaders there over his strategy of maintaining a close dialogue with Russia’s Vladimir Putin.

The long interview comes as Macron is confronted with the resurgence of Covid-19 in France, which he’s put under a strict lockdown, as well as a string of jihadist attacks to which he responded with a pledge to protect the country’s Republican values.Macron has been criticized by some Muslim leaders for stigmatizing Muslims, and he doubled down on his position while reiterating that he has nothing against Islam. “We are a free country, where no religion is threatened, where no religion is unwelcome. I want all citizens to be able to practice their faith as they wish,” he said.

However, he warned, “we are not multiculturalists, we do not stack the ways of representing the world one after the other, but we try to build one together, irrespective of personal and spiritual beliefs.” Macron also spoke about the roll-out of a Covid-19 vaccine as another test for the EU. “There is going to be ‘vaccine diplomacy,’ that is to say that everyone is going to want to wave their flag and say: I found it.”

“I am not sure that all the countries want to come on board” to make the vaccine a public good, he said, pointing at China, Russia and the new U.S. administration. On trade, Macron warned that European countries must push for their agenda on climate change, or risk provoking a backlash against new commercial accords.

It would be “crazy” to “ask for sacrifices and all the while continue to build trade agreements with countries around the world that do not make the same efforts – and the question will arise, you will see, with the new American administration,” Macron said. The project of an extensive EU-U.S. trade agreement has been blocked for years due to the opposition of public opinion.