Elon Musk has made millionaires out of his most loyal fans 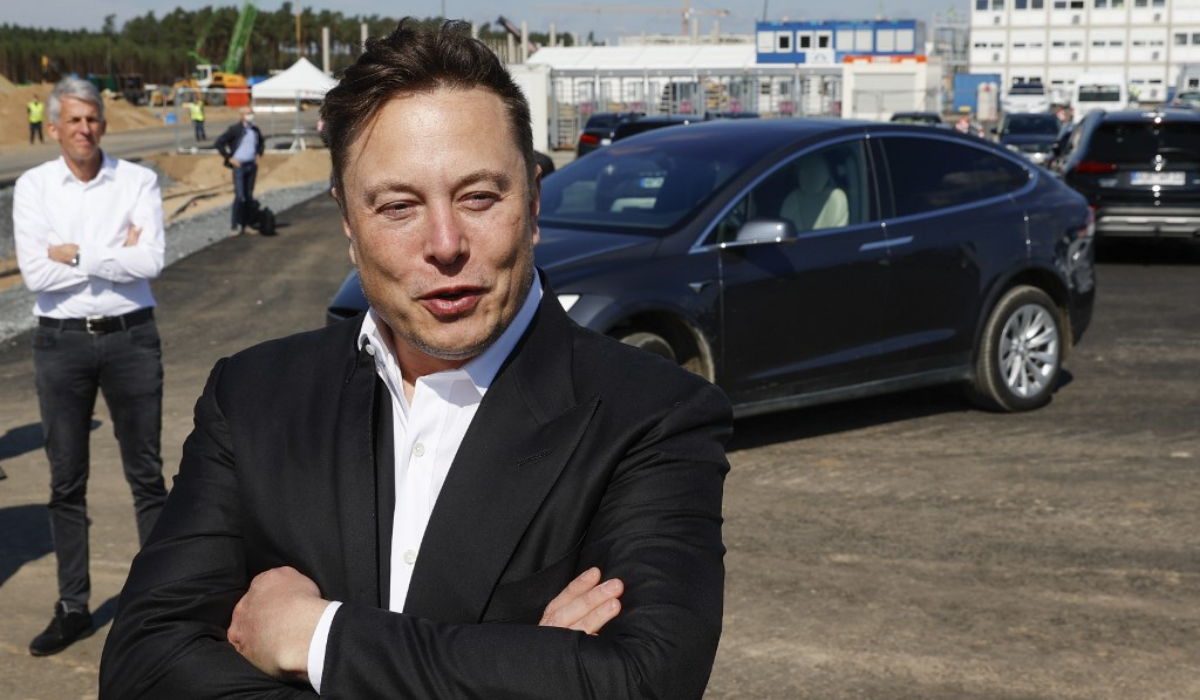 Brandon Smith does not own one of Tesla Inc.’s sleek electric cars. In the small town south of Milwaukee where he lives, even seeing one on the road is rare. But in late June 2017, Smith poured $10,000 of savings into Tesla’s stock. He said it was the first time he’d ever invested in a company. That was just the start. Each paycheck, Smith, a video producer, would pay his bills and then buy additional shares with the rest, ultimately putting about $90,000 into the volatile stock.

“I don’t make six figures, and I don’t know anything about puts and options,” Smith, 32, said in a phone interview. “I’ve just bought and held the entire time. I’ve never sold a single share.» Now Smith has joined the ranks of the “Teslanaires,” as some of the company’s investors call themselves, with a holding that he says has ballooned to over $1 million, fueled by a rally of nearly 731% this year as of Friday’s close. On Monday, Tesla will join the S&P 500 Index, a huge milestone for Elon Musk and the company he’s led as chief executive officer since 2008. It’s also a big day for the legions of retail investors who flocked to Tesla’s clean-energy mission and rode out numerous storms — production misses, Elon’s tweets and even the pandemic market crash, according to Bloomberg.

Those who held on have been handsomely rewarded: Tesla’s shares have soared this year after five consecutive quarters of profits and growing sentiment on Wall Street that the shift toward electric vehicles is accelerating. Where the stock heads from here is up for intense debate. To begin with, investors and analysts still wrangle over what Tesla is: A car company? A clean-energy behemoth? A technology company? There’s also disagreement over how it should be valued. Goldman Sachs has a price target of $780, while JPMorgan Chase’s is down at $90.

You don’t have to work on Wall Street to get deeply into the weeds on Tesla’s operations and finances. A dense, sprawling ecosystem of podcasts, Reddit threads and YouTube channels dedicated to nearly every facet of Tesla makes it possible to learn about the company without ever reading an analyst report. There are countless forums and regional owners’ clubs that gather on Zoom or meet up to check out Tesla’s latest Supercharger station. Ryan McCaffrey’s weekly “Ride the Lightning” podcast is in its fifth year, and Rob Maurer’s “Tesla Daily” drops every weekday. Smith said he probably spends two to three hours a day learning about Tesla, often scrolling through the forums on his lunch hour.

Tesla has fully embraced retail investors like no other publicly traded company. Its quarterly earnings calls regularly feature crowd-sourced questions. During a contentious earnings call in May 2018, Musk chided Wall Street analysts for asking dry and “boring, bonehead” questions. “We’re going to go to YouTube,” he said, and then allowed Gali Russell, the host of a financial talk show geared toward millennials, to ask questions for 23 minutes. On a January earnings call, Musk said he thinks retail investors have “deeper and more accurate insights” than many institutional investors and analysts.

Laura Goldman, 62, says New York-based analysts missed how much appeal the company holds for a younger generation that’s deeply worried about the climate crisis. Goldman, a former stockbroker, doesn’t even own a car — let alone a Tesla. She bought 300 of the company’s shares in the fall of 2010, a few months after its IPO, and picked up more stock over time. All the while, Goldman says that legacy automakers like General Motors Co. and Ford Motor Co. appeared to sit on the sidelines as the electrified future arrived. “I have rich Republican friends,” she said. “When they started buying Tesla cars, that convinced me to hold onto the stock.”

As of Thursday, she was close to joining the ranks of paper millionaires, saying her Tesla shares were worth nearly $984,000. She notes how Musk is often portrayed as crazy — as if that’s a negative. But the billionaire’s version of crazy is a willingness to push boundaries, she said, and she believes that’s the reason Tesla has succeeded. Then there are the investors in Tesla’s stock who are also proud owners of the company’s cars.

Basel Termanini, 60, took delivery of his first Tesla — a Model S — on Christmas Eve 2012. He’s owned seven and currently drives a Model Y in Pittsburgh, where he is a doctor. “Driving a Tesla is like the difference between a black-and-white TV and color,” Termanini said in a phone interview. “Once you drive a Tesla, you can’t go back.” Termanini invested in the company a few months after the June 2010 IPO and says his investment has grown to over $2.5 million, between options and stock. He has traded over the years but he’s not selling now, a decision that’s made easier by the fact that he has a diversified portfolio.

Investing in a single company — particularly one as historically volatile as Tesla — is risky. But the appeal of the sector is easy to understand. “Electric vehicles are one of the areas of the energy transition that individual people can very much relate to,” said Colin McKerracher, head of transport analysis at BloombergNEF. “Mobility is personal in a way that decarbonizing electricity supply, for example, is not. The way you turn on your lights is still going to be the same whether it was powered by solar or gas and coal in the past. The way you drive looks and feels different in this new era, and I wouldn’t underestimate the excitement that’s creating for investors.”

The question for many of these Teslanaires is what to do now. Spread some risk into other investments? Sell to pocket some of the gains? Or stick with Musk? Goldman said she’ll be watching closely to see how the stock trades as part of the S&P 500, since that means Tesla will appear in more mutual funds and large institutional holdings. “The volatility and the fanatics in the stock are part of what made investing in Tesla so fun,” she said. “It was fun to be part of the anti-establishment. It’s not as fun to be part of the S&P.”

Smith doesn’t have an exit strategy for his Tesla investment, though he’s begun thinking of finally building, or buying, his own house. Currently, he and his brother share a house that their grandfather built in Cudahy, Wisconsin. Monday — the day Tesla joins the S&P — is his 33rd birthday. He remains bullish on Tesla’s future, pointing to what he sees as the growth still to come. “The next big thing is fourth-quarter deliveries, when Tesla could reach 500,000 deliveries for the year,” said Smith, who has a Cybertruck T-shirt and was able to get a bottle of “Teslaquila” before it sold out. “Then you have the new battery production in Texas and the Cybertruck, which doesn’t even need a paint shop. There’s the energy side of the business. I don’t think people realize the scale of Tesla’s ambitions.”