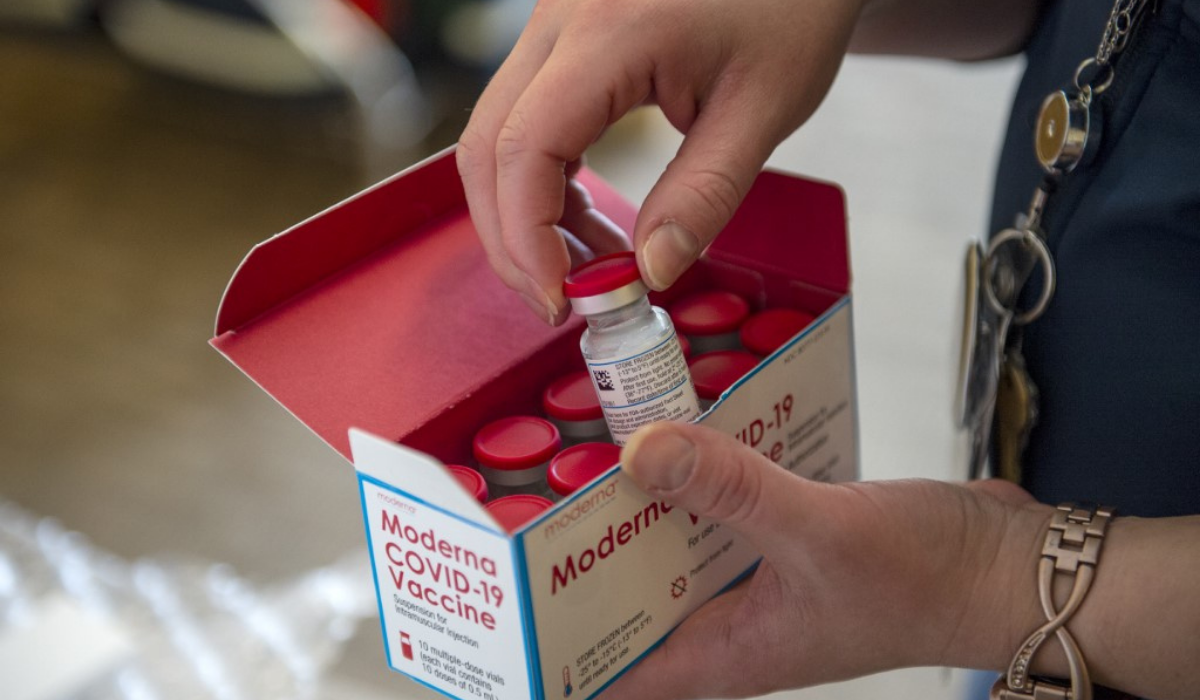 Hundreds of shipments of Moderna Inc.’s Covid-19 vaccine bound for Texas last week were delayed after several batches showed signs of having strayed from their required temperature range, according to a spokeswoman for the Texas Department of State Health Services. The vaccines, a total of 144,400 doses sent in 421 shipments, were scheduled for delivery last week, before the Christmas holiday. They were delivered early this week instead, spokeswoman Lara Anton said in an email Wednesday evening. The state wasn’t given a reason for the delay, she said.

Five shipments containing 4,300 doses that had temperature problems were replaced. The temperature anomalies detected in a small number of shipments prompted U.S. officials to hold back the additional Moderna deliveries to Texas because of a potential problem with their temperature sensors, said Carrie Kroll, vice president of advocacy, quality and public health at the Texas Hospital Association. Moderna’s vaccine must be kept frozen for shipment and storage, according to Bloomberg.

The shipping delay underscore the obstacles the U.S. has faced in its effort to get 20 million Americans vaccinated by the end of the year, a goal that appears to be out of reach. As of Wednesday evening, about 2.7 million people had received shots, according to Bloomberg’s vaccine tracker, representing roughly 13.5% of the U.S.’s stated target. A Moderna spokesman referred questions to the federal government and McKesson Corp., which is distributing the Moderna vaccines.

Spokespersons for the Centers for Disease Control and Prevention and McKesson said they were looking into the matter. Spokespersons for Operation Warp Speed, the federal vaccine program, didn’t respond to multiple requests for comment. Separately, more than 500 doses of Moderna’s vaccine had to be discarded this week after they were taken out of a pharmacy refrigerator at Aurora Medical Center-Grafton in Grafton, Wisconsin, overnight, according to an emailed statement from the hospital. Hospital officials were initially led to believe they were left out “by inadvertent human error,” but the individual involved later acknowledged taking them out intentionally, the hospital said in the statement, noting that the person is no longer employed at Aurora.

Anton, the Texas health department spokeswoman, said the delay in shipments there may have contributed to the appearance that Texas has administered a relatively small portion of the vaccine doses allocated to the state. Kroll, the hospital association official, said the numbers in the states’ vaccine allocation don’t reflect the delay.

Other reporting problems may make it seem like Texas medical providers are administering fewer shots than they are in reality, she said. Some hospital systems have had trouble with the data system the state uses to track immunizations, she said. Shots they administer aren’t properly logged in the central system, and the discrepancies need to be resolved case-by-case. “It’ll look like there’s vaccine sitting on the shelf when it’s actually been administered,” Kroll said.