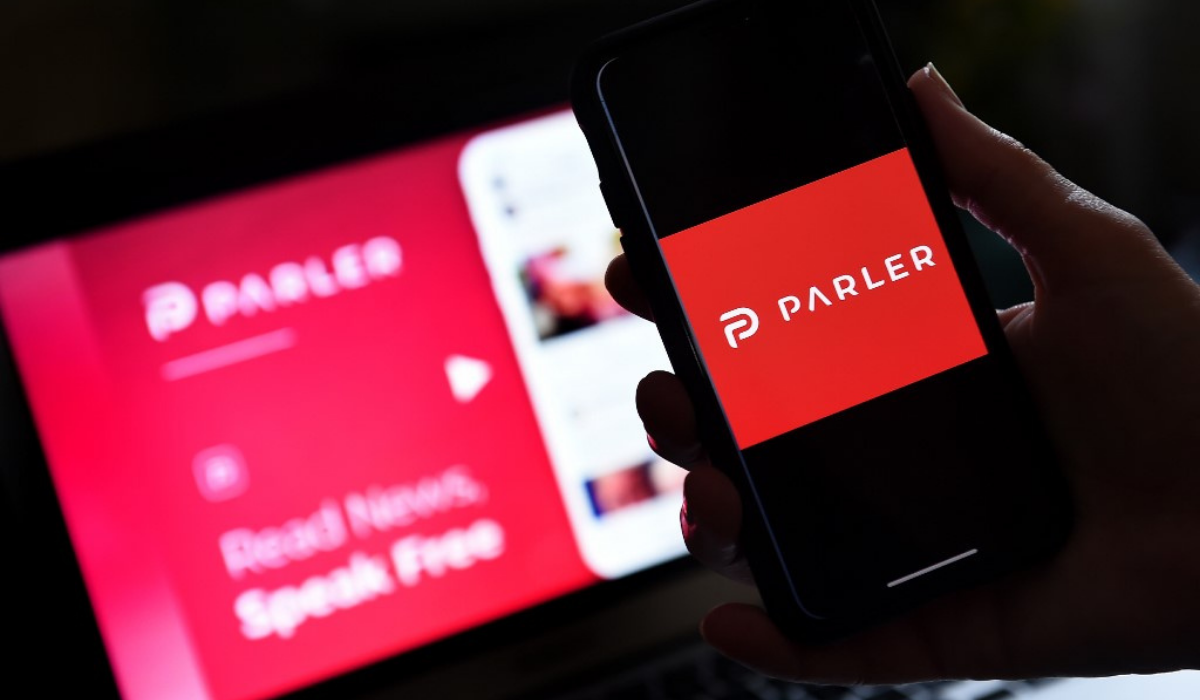 Parler, the free-speech social network, reappeared with a statement from its chief executive officer on Monday after the website found a way around the bans that took it offline last week. “Our return is inevitable due to hard work, and persistence against all odds,” CEO John Matze wrote in a new post. “Despite the threats and harassment not one Parler employee has quit. We are becoming closer and stronger as a team.”

The site, which became unavailable after Amazon.com Inc. determined it had violated its terms of service, has found a new company willing to host it, DDoS-Guard Corp. Public data associated with the Parler.com domain name shows that one of the internet servers it directs visitors to is hosted by DDoS-Guard. Another server, specifically for routing Parler.com email but not website content, is an Outlook.com address, operated by Microsoft Corp.

DDoS-Guard’s website lists an Edinburgh location for its registered office, though its two owners, Evgenii Marchenko and Aleksei Likhachev, live in Russia, according to documents filed with Companies House. Parler’s domain name is now registered with Epik Inc., a website services company based in Sammamish, Washington, according to public records made available by internet regulator Icann. Epik is also the domain registrar for Gab, another less restrictive social networking site popular with the far right, according to Bloomberg.

Still, most of the features on Parler.com appeared to remain down early Tuesday, besides statements from Matze and other employees. Members are unable to log in or post messages and the app is still unavailable in the Apple Inc. or Google Play stores. A representative for DDoS-Guard declined to comment. Microsoft didn’t immediately respond to a request for comment. Epik said in a sprawling statement on its website from Jan. 11 that it’s had “no contact or discussions with Parler in any form.” The statement also addressed propaganda, breakdowns in civil society and editorial malfeasance on the part of “major media owners.”

Parler — which has less restrictive terms dictating what members can post and was endorsed by some Republican lawmakers and media figures — was banned from mainstream hosting and app stores after its users were linked to groups supporting rioting at the U.S. Capitol earlier this month. The company had seen a surge in users as Twitter Inc. and Facebook Inc. banished outgoing President Donald Trump along with users and groups that supported the violence.