Elon Musk plans to use Texas natural gas for his starships 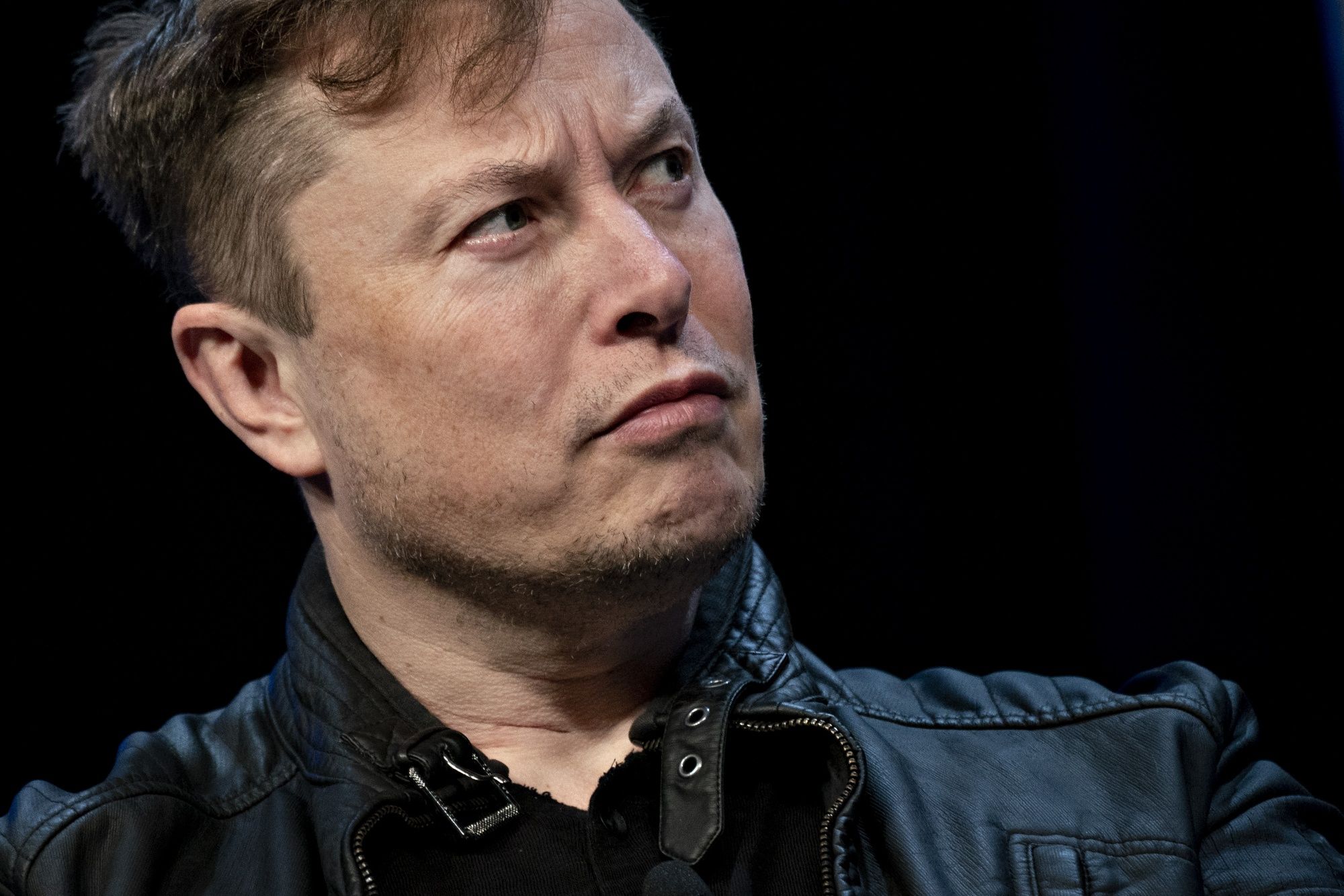 The Space Exploration Technologies Inc. Starship Hopper test vehicle near Boca Chica, Texas, U.S. Elon Musk became the richest man in the world thanks to enthusiasm for Tesla Inc.’s sleek electric cars — and the company’s stratospheric stock price. But while Musk is perhaps the most well known clean energy CEO, SpaceX, his other company, is likely to rely on drilling for natural gas to power Starship, the new spacecraft and rocket designed to carry humans to the moon, Mars and beyond.

Musk’s SpaceX aims to use a site in South Texas to launch rockets to carry people and cargo to the moon and Mars. To do that, the company intends to drill gas wells to make its own fuel and electricity, according a Federal Aviation Administration document seen by Bloomberg. Musk has long derided the oil industry, touting renewable energy and electric vehicles as the keys to averting a climate catastrophe. But the FAA document and SpaceX’s comments to Texas regulators show how, at least in the short term, some of his goals will depend on plans for fossil-fuel extraction that are already drawing criticism from environmental groups.

While Musk has said he ultimately aims to extract carbon from the atmosphere to produce fuel, a cost-effective method of doing so hasn’t been developed yet. The billionaire is donating $100 million toward a prize for the “best carbon capture technology.” The SpaceX site in Texas will be supplied by at least five nearby gas wells, along with two gas-fired power plants, according to the FAA document. Purified gas from the wells will be pumped into refrigeration equipment that turns it into liquid methane, the document shows. The methane can be combined with liquid oxygen and other compounds to make rocket fuel.

SpaceX didn’t respond to requests for comment. But in a hearing last week with the Texas Railroad Commission, which regulates oil and gas in the state, the company’s lawyers said gas from the wells would be used for “rocket facility operations.” The document seen by Bloomberg appears to be an unfinished draft environmental review, an FAA spokesperson said. A public comment period that ended last week will be used to complete the official draft assessment. Once complete, the draft will be posted to the agency’s website for another round of public comments.

The company is also seeking permission from the FAA to add a gas treatment plant and equipment that will turn the methane into its liquid form, and it plans to expand a nearby solar farm and build a desalination plant for water, agency records show. SpaceX originally built the coastal site for its Falcon 9 and Falcon Heavy rockets, which are used to deploy satellites, but never used it for that purpose. The company is now seeking permission to use it as launch site for spacecraft that will carry people and cargo to the moon and mars, FAA records show.

One potential motivation for SpaceX’s plans to produce gas: vertical integration. Musk is a longtime fan of the strategy, which he’s used to keep control of his companies’ supply chains. By drilling for gas, SpaceX would avoid paying a third party to produce it and pipe it to the launch site. Depending on the liquid-oxygen-to-liquid methane fuel ratios, a single launch would require tens of millions of cubic feet of gas.

Even without taking into account the need for gas to fuel SpaceX’s power plants at the Texas site, a minimum of 10 launches a year would require roughly half a billion cubic feet. That would cost roughly $1.37 million, based on current benchmark gas futures that trade in New York. To secure that gas, SpaceX launched a subsidiary named Lone Star Mineral Development in June. The company wasted no time in buying up mineral rights in the area, as well an 806-acre lease originally drilled by Houston-based oil company Sanchez Energy, which rebranded itself as Mesquite Energy after emerging from bankruptcy last year.

It’s not clear how much gas Lone Star will be able to extract from the site, however. Cameron County, where the launch site is located, isn’t a prolific source of the fuel. Sanchez’s lease, put into production in 2011, yielded roughly 536 million cubic feet of gas during that first year, Railroad Commission data show. But after that, production continued to sag until the well taken out of service in March 2014.

Geology isn’t the only hurdle for SpaceX’s gas-production plans. The company faces legal challenges for a parcel of land that makes up a small corner of the drilling lease. Closely held producer Dallas Petroleum Group LLC says it’s been paying property taxes on two wells there and is asking the Railroad Commission to resolve a dispute over control of the wells with Lone Star. It had previously sued Sanchez over access to the wells, and amended the suit on Friday to add SpaceX and Lone Star as defendants. Lone Star also bought two offshore rigs from drilling contractor Valaris Plc last year. They’ll likely be used as landing pads for SpaceX’s reusable rockets, FAA records show.

A coalition of a dozen environmental groups is already raising alarm over SpaceX’s expansion plans. The rocket launch site has gone far beyond the scope of its original permit, and the company’s plans threaten an environmentally sensitive wildlife corridor along the U.S.-Mexico border, according to the coalition.

At the launch site last year, “there were at least three explosions, some of which resulted in more fires that burned smaller areas” of public lands, EJ Williams, vice president at the American Bird Conservancy, said in an email. “These explosions directly impacted designated critical habitat used by federally listed and other declining species.”

More traffic on the highway leading to the launch site has dramatically increased the number of animals killed by vehicles, and road closures for rocket launches have prevented biologists from studying threatened migratory bird species that nest nearby, according to David Newstead, a director of bird conservation projects for the Corpus Christi-based Coastal Bend Bays & Estuaries Program. The FAA originally permitted SpaceX for 12 launches a year and 180 hours of road closures, but Newstead said his group documented more than 1,100 hours of highway closures last year.

Because of changes to SpaceX’s plans for the Texas site, environmental groups want the FAA to use a more stringent and transparent process for reviewing the company’s proposals. For example, the Federal Energy Regulatory Commission requires companies seeking to build new gas pipelines or export terminals to file regular public updates, whereas the FAA doesn’t mandate the same level of disclosure, said Patrick Anderson, chair of the Sierra Club’s Lower Rio Grande Valley chapter.

Though SpaceX is seeking permission to produce gas in the near term, the Texas launch site ultimately could further Musk’s zero-carbon ambitions. Gas drilling could potentially be part of gaining longer-term experience with in-situ resource utilization, or ISRU, the practice of generating products with local materials. Although there are no fossil fuels on Mars, those who land there might need to drill for water or minerals.

Musk could also use drilling to gain experience in developing carbon dioxide storage wells. SpaceX will likely have to use carbon capture on Mars to make fuels for the trip back home, which makes it crucial to get the technology right. Historically, liquid hydrogen was the fuel of choice for early outer space missions, while a rocket loaded with kerosene and liquid oxygen sent Buzz Aldrin, Neil Armstrong and Michael Collins to the Moon.

But over the last few years, privately-held space exploration companies such as SpaceX and Jeff Bezos-owned Blue Origin have adopted and continue to invest in technology allowing them to use liquid methane as a fuel source, said Jim Bridenstine, a former NASA administrator under the Trump administration and now a full-time senior adviser with the Oklahoma City-based aerospace and defense private equity firm Acorn Growth Cos.

When mixed with liquid oxygen, liquid methane improves fuel efficiency and gives rockets more thrust to escape Earth’s gravity, Bridenstine said. He views SpaceX drilling for natural gas in Texas as the latest example of Musk applying vertical integration. “Elon Musk believes in vertical integration but he vertically integrates with a purpose, one that reduces risks to improve quality control over technologically sophisticated components, drives down costs and improves access to space,” Bridenstine said. “We’ve seen that over and over again.”